Why The Wall is still contemporary 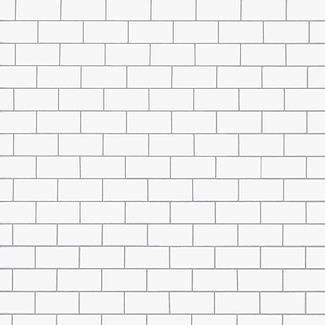 Firstly, I must make a confession. The very first time when I listen to the album I didn’t like it, well I was 9 at that time, didn’t know proper English or have any background in rock music. I just happen to pick a CD that was around the house. Later, when I was turning 18, things changed dramatically and I got addicted. It marked the beginning of a rebellious era, what I use to call “the age of negligence”. You kind of expect what I wasn’t needing. However, I should say I hadn’t fully comprehended the lyrics, I only sensed a mystical substance in this psychedelic rock opera.

It is actually quite old piece of music, being release in 1979 by the Waters, Gilmour, Wright, Mason composition of Pink Floyd. It was an immense success making the band one of the most acclaimed and worldwide recognized artists. There has been a sort of accompanying animation- surreal music film which to be honest with you I couldn’t finish. I remember when Waters came in Greece (Athens) in 2011 to perform “The Wall Live” show. Unfortunately, I didn’t attend it despite the positive reviews I caught from the surrounding environment of its spectacular special effects.  I had the persistent impression that it could stand to the level of the original after the passing of the keyboardist Wright, simply it didn’t feel right (terrible pun).

But why am I bringing this pearl of the past back to memory? Inevitably and perhaps by definition whenever there is a mention about a wall its name pops up instantly. It happened in ’89 with the fall of the Berlin wall and the collapse of the soviet union. Today, without getting more specific, a viral statement of a wall building between the US and Mexico border exists by the You-know-who. Just listen to John Oliver‘s exposition, my personal favorite education and comedian (where the former word implies the latter), about how ridiculous this idea is. I only hope that this wild and live Theatre of the Absurd ends soon and people come to realize what they need to be working towards is solidarity not isolation.  If you ever listen to this album you will probably grasp why.

Can’t help but include the titles of the track list:

Set 2
Hey You
Is There Anybody Out There?
Nobody Home
Vera
Bring the Boys Back Home
Comfortably Numb
The Show Must Go On
In the Flesh
Run Like Hell
Waiting for the Worms
Stop
The Trial
Outside the Wall

As a friend of mine once suggested you should never hear only one song, you should play the whole album! Praise YouTube and its miracle!

Logical stories of everyday madness
View all posts by Απολύτως Διαλλακτικός →
This entry was posted in English, Music. Bookmark the permalink.

7 Responses to Why The Wall is still contemporary